Did you know your body produces cannabinoids similar to those found in hemp?

Anandamide, known as the bliss molecule, is the most abundant of your body’s endogenous cannabinoids, or endocannabinoids for short. Anandamide is distributed through the healing network of receptors known as the Endocannabinoid System (ECS). The functions of this vital cannabinoid are numerous. From affecting the pregnancy (1) and menstrual cycle of females to soothing the over-inflammation of injury sites, this fatty-neurotransmitter works hard to support the balance of your body in stressful situations (2).

It was named for the Sanskrit word Ananda (bliss, joy, or well-being) due to its involvement in homeostasis. Homeostasis is reached when your bodily systems and their environment are in balance. Homeostasis means cooperative health and wellness--or bliss, joy and well-being. When you get stressed, sick, or injured, the Endocannabinoid System uses its cannabinoids to activate your immune system, signaling biochemical responses that tell your cells and glands how to restore balance. 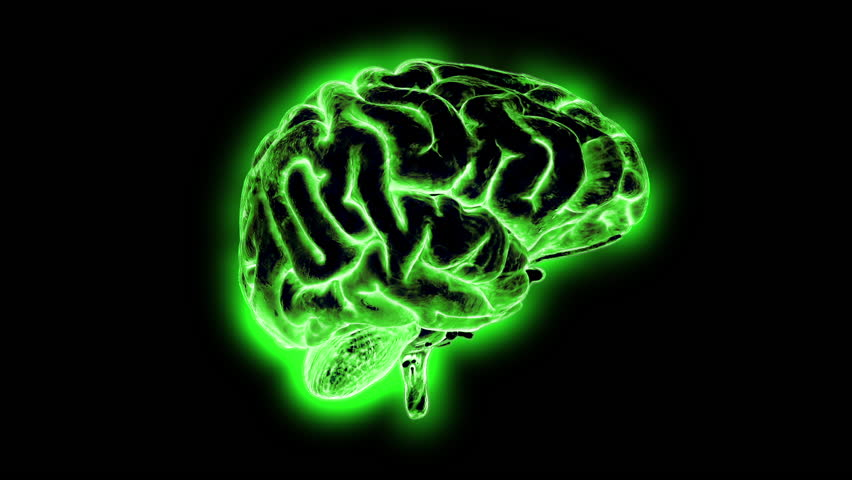 The Endocannabinoid System is involved in the regulation of your mood, though the exact how and why of it are still being mapped. Imbalanced levels of this critical cannabinoid are being studied for links to depression and other mood disorders (3). Even more interesting is that the cannabinoids in hemp seem to function in the body with a similar effect on both depression (4) and anxiety in animal models (5).

It’s a simple idea when you consider the body in the same light you would consider your car engine. Without oil and gas, a combustion engine breaks down, seizes, burns out, and manifests its lack of fluids in a variety of operational issues that can quickly turn your car into an unreliable mode of transportation. Endocannabinoids might work the same way in your body. They are the fuel that balance things. When cannabinoids get depleted, your engine can start to make strange noises in the form of health issues.

Anandamide also has an interesting relationship to the 5-HT1A and 5-HT2A serotonin receptor sites in the mammalian brain. That might sound like a bunch of mumbo-jumbo, but hang in there while I explain. Imbalances in these serotonin receptor sites are linked to several disorders including but not limited to PTSD, anxiety, depression, migraines, schizophrenia, and chronic stress (6). Anandamide seems to influence the function in these critical areas, which would make sense, considering the evolutionary purpose of the cannabinoids distributed by your Endocannabinoid System is to support a balanced state within your body.

As early as 2004, scientists observed that cannabinoids blocked spinal, peripheral, and gastrointestinal mechanisms linked to pain in the form of migraine, fibromyalgia, and IBS. More and more data is beginning to paint the picture that a link might exist between chronic pain disorders and a deficiency in the Endocannabinoid System (7).

So if the loss of the body’s cannabinoids is suspected in so many health situations, why can’t science just increase the body’s anandamide, achieve homeostasis, and call it a day?

The problem is that most Anandamide therapies come with harsh side effects. In one recent French trial, several participants suffered permanent brain damage and, in one case, death (8). To make things even harder, your body also produces an acid called FAAH. Think of FAAH as the arch-nemesis of Anandamide. The fatty acid FAAH eats Anandamide, which might lead over time to the deficiency in your Endocannabinoid System.

Stress makes matters even worse. The more you and your body undergo prolonged stress, the more FAAH your body produces (9). It’s a pretty hopeless prognosis, especially to the millions of humans dealing with issues that might have their root in an overtaxed and deficient Endocannabinoid System. 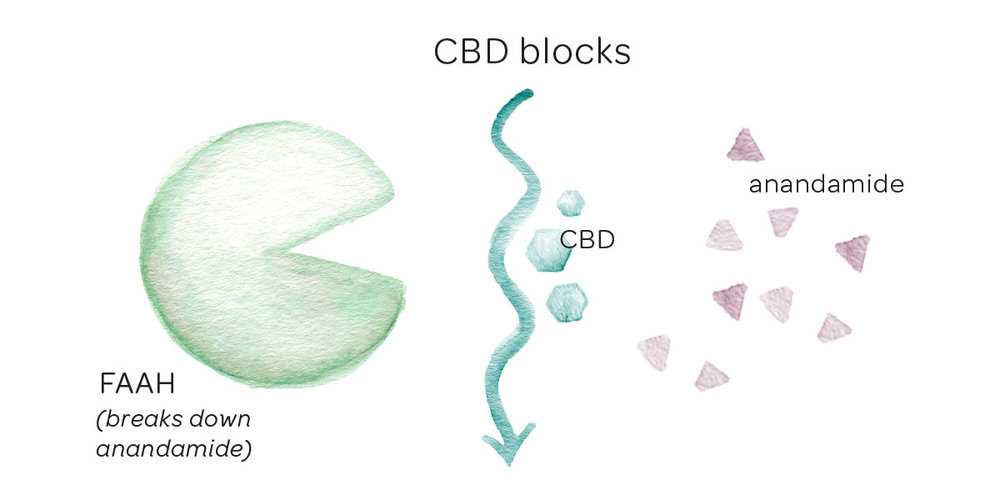 These images have not been approved by the FDA, and are for educational purposes only.

Is there a natural way to assist Anandamide?

CBD (cannabidiol) has been clinically demonstrated both in vivo and in vitro to indirectly increase the production of Anandamide. It does this by a backdoor bit of biochemical trickery. If Anandamide is Batman, then CBD is Robin. While Anandamide is down for the count by FAAH, CBD sneaks up behind it and decreases its power (10). By suppressing the production of FAAH, Anandamide is able to rise to the challenge and restore balance to your body’s Gotham.

At a first glance, CBD can seem like a cure-all too good to be true. How could one thing possibly have so many health benefits? Upon some simple research, however, the answer is simple. It can penetrate so deeply into the spectrum of health issues because it’s assisting the natural cannabinoid engine your body has already built for itself. The purpose of the Endocannabinoid System is to maintain homeostasis, balance the inconsistencies, and regulate the stressors of your environment. It makes perfect sense that by enabling the Endocannabinoid System to do its job, and providing it with more Anandamide fuel, the benefits can span across symptom lists much longer than this blog.

Even better, CBD’s side-effects are practically non-existent (11). The most extensive side-effects in some extreme cases included drowsiness or an upset stomach, but most of those are fringe occurrences in which the doses were far higher than normal. 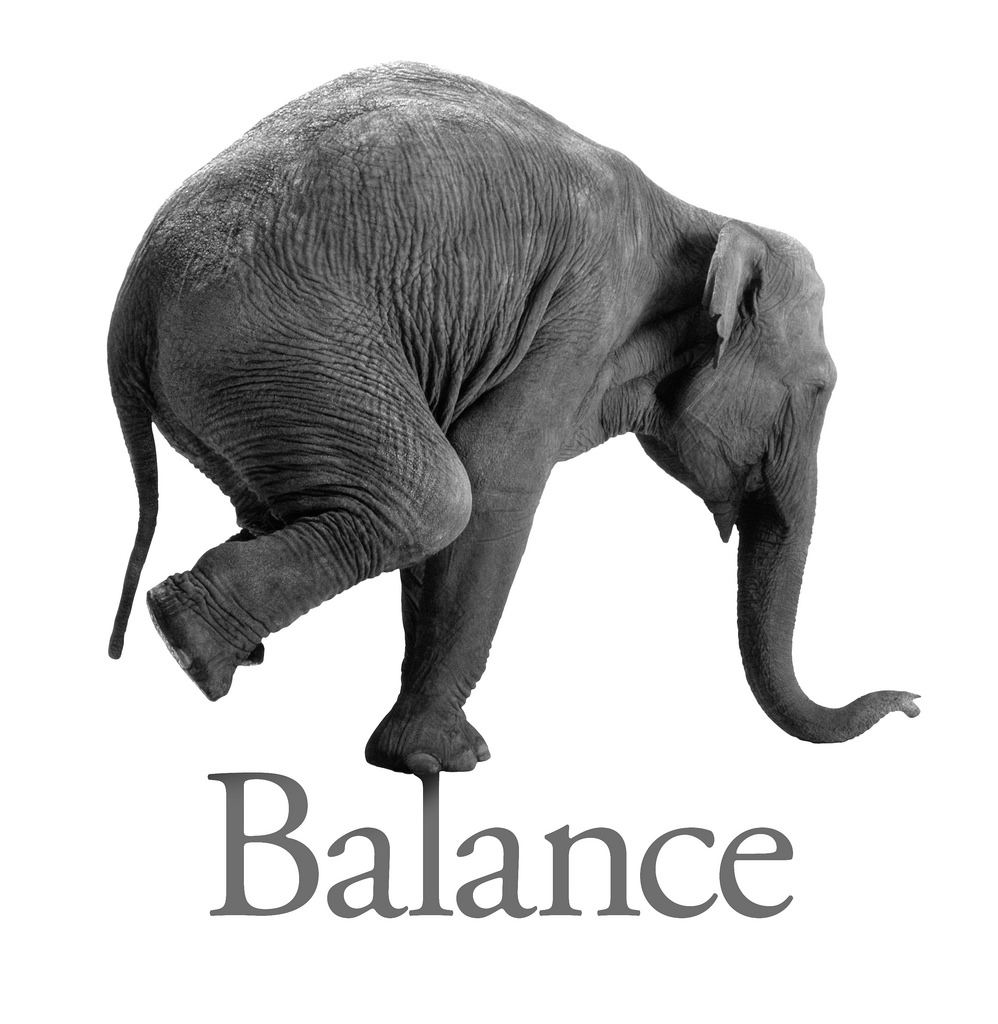 Your Endocannabinoid System is natural healing network of receptors evolved for the purpose of keeping your body balanced. Anandamide is one of the the main fueling cannabinoids involved in this balancing system. CBD might assist by limiting the production of FAAH, which eats Anandamide. The more Anandamide your Endocannabinoid System has to use, the more it can live up to its wisely chosen name, helping to support an environment in which states of bliss, joy, and well-being can become a normal part of your life.

ADDITIONAL SOURCES FOR ANANDAMIDE’S ROLE IN THE FOLLOWING:

*These statements and images have not been approved by the FDA, and are for educational purposes only.